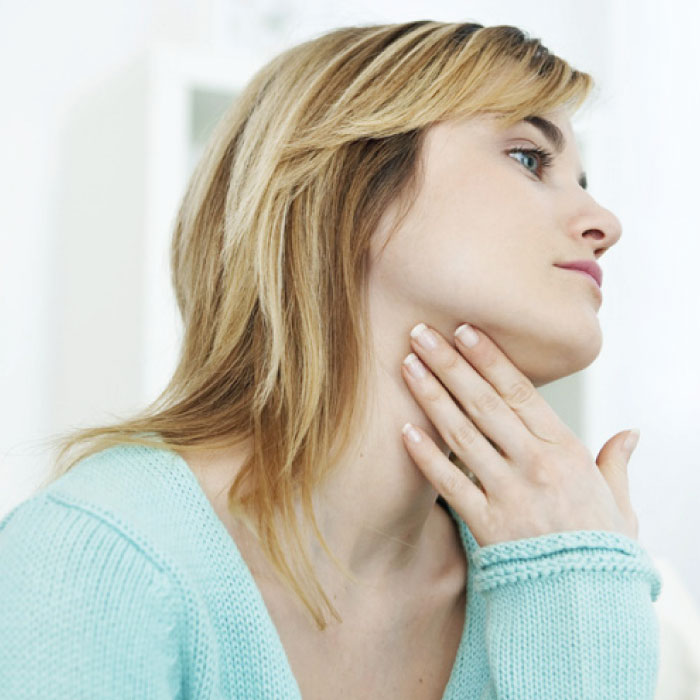 KYBELLA™ is the first and only FDA-approved nonsurgical treatment that contours and improves the appearance of submental fullness. Also known as double chin removal.

Submental fullness, sometimes referred to as “double chin,” is a common yet undertreated facial aesthetic condition. It can impact a broad range of adults, including both men and women, and can be influenced by several factors such as:

AGING: It may naturally develop as you age.

GENETICS: Simply said, it may be part of your DNA.

WEIGHT GAIN: It may be a result of gaining weight. and is often resistant to diet and exercise alone.

KYBELLA™ is the first and only FDA-approved nonsurgical treatment that contours and improves the appearance of submental fullness.

The active ingredient in KYBELLA™ is deoxycholic acid, a naturally-occurring molecule in the body that aids in the breakdown and absorption of dietary fat. When injected into the fat beneath your chin, KYBELLA™ causes the destruction of fat cells. Once destroyed, those cells cannot store or accumulate fat. You and your doctor will decide how many treatments you need. Once the desired aesthetic response is achieved with KYBELLA™, retreatment is not expected. Tell your healthcare provider about all the medicines you take, including prescription and over-the-counter medicines, vitamins and herbal supplements. Especially tell your healthcare provider if you take a medicine that prevents the clotting of your blood (antiplatelet or anticoagulant medicine).
KYBELLA™ (deoxycholic acid) injection is the first and only FDA-approved nonsurgical treatment that contours and improves the appearance of submental fullness, sometimes referred to as “double chin”. You and your doctor will design a customized treatment plan to help you improve your chin profile. Many patients experience visible contouring of their chin profile in two to four treatment sessions spaced at least one month apart. Up to 6 treatments may be administered. KYBELLA™ has been the focus of a global clinical development program involving over 20 clinical studies with more than 2,600 patients worldwide, of which over 1,600 have been treated with KYBELLA™. In the pivotal Phase III clinical trials: 68.2% of patients responded to KYBELLA™, compared to 20.5% of patients who responded to placebo, based on validated physician and patient measurements 79% of patients treated with KYBELLA™ reported satisfaction with the appearance of their face and chin After being treated with KYBELLA™, patients reported improvement in self-perception, including feeling happier and younger based on their chin profile, as well as feeling less embarrassed, less self-conscious, less overweight and less bothered by submental fullness KYBELLA™ can cause serious side effects, including trouble swallowing or nerve injury in the jaw that can cause an uneven smile or facial muscle weakness. The most common side effects of KYBELLA™ include: swelling, bruising, pain, numbness, redness and areas of hardness in the treatment area KYBELLA™ is a prescription medicine used in adults to improve the appearance and profile of moderate to severe fat below the chin (submental fat), also called, “double chin.” It is not known if KYBELLA™ is safe and effective in children less than 18 years of age. It is not known if KYBELLA™ is safe and effective for use outside of the submental area.
request a consultation

watch to see what to expect

Kybella™: before, mid-treatment + after images 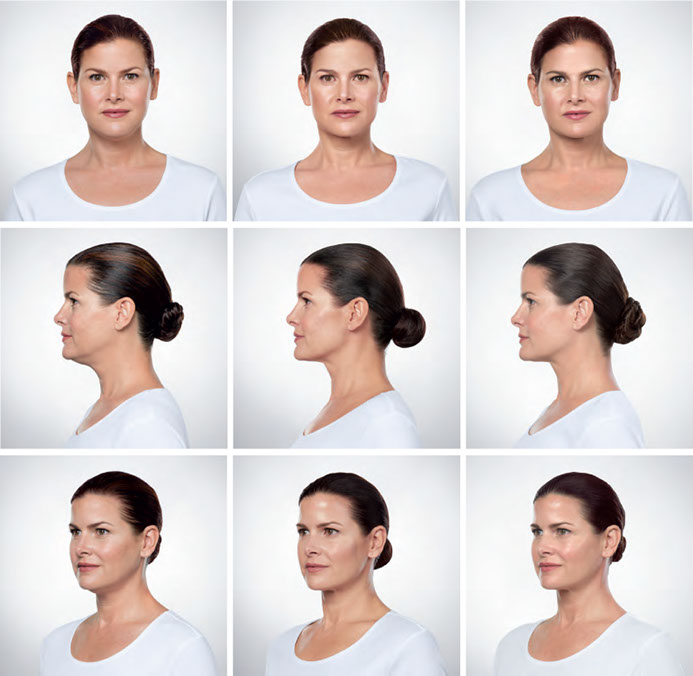